In the allocation letter, the Global Fund proposed the following budget split that was subject to CCM decision making: 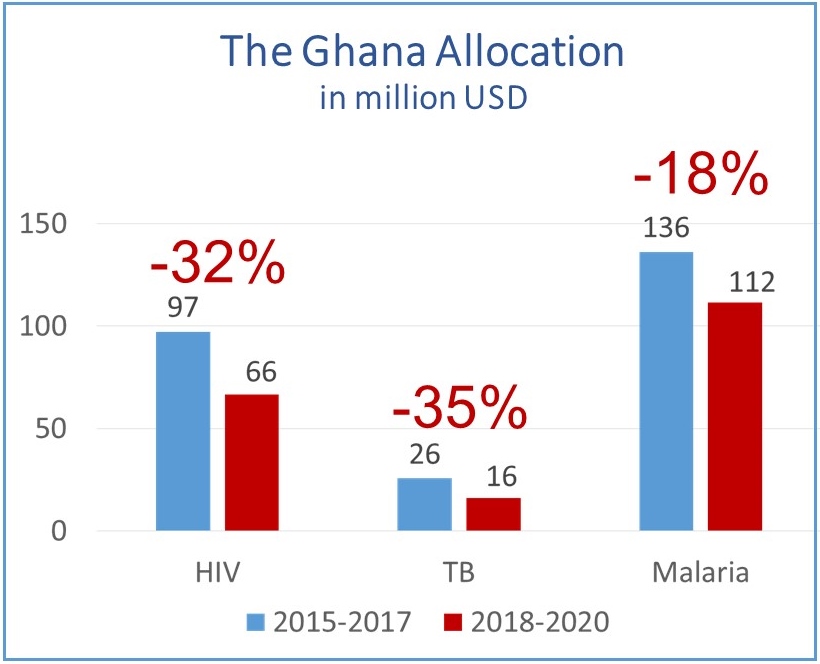 According to this indicative budget split, the three disease components were affected by the 22% reduction in the total allocation to varying degrees. During the country dialogues, each disease component communicated financial needs similar to the current budgets in order to achieve the anticipated impact in the 2018-2020 implementation period.

The CCM decided initially to maintain the proposed budget split but to deduct 7% from each component to accommodate a budget of $13,578,645 for RSSH. Due to the need to cover ARVs for additional 7000 people living with HIV, $1,428,630 were ultimately shifted from RSSH to HIV: 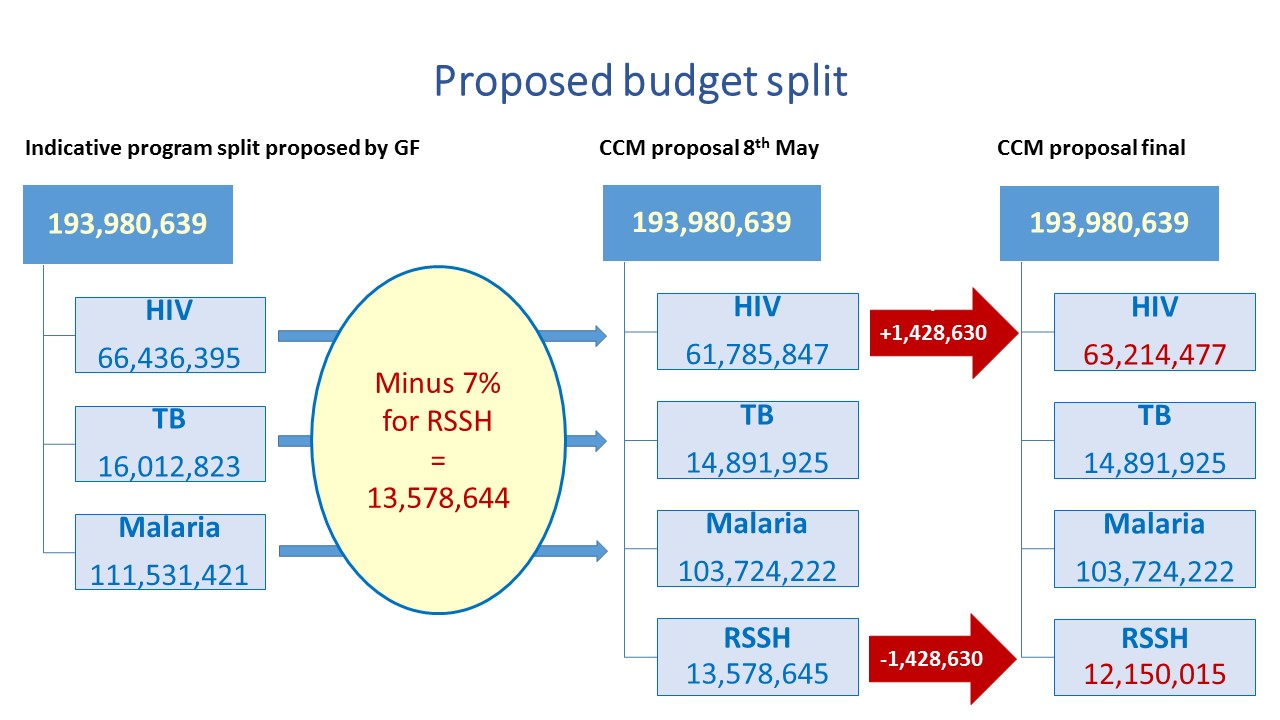 In the course of grant making, the CCM for strategic reasons agreed to move US$2,577,850 allocated in the RSSH grant for CSS to the HIV grant.

Furthermore, US$3,264,171 were identified as savings in the malaria budget. The Executive Committee of the CCM has taken the decision to allocate these savings to the TB program to support intensive case finding (ICF) with an emphasis on community involvement. This decision is based on the fact that Ghana ranks second lowest in TB case detection in Africa as well as considering that the TB funding gap is the highest for the three diseases. The allocation of the savings to the TB program is expected to cover 60% of the gap in the ICF program and to expand district coverage across the country.

The new budget split is confirmed as follows: