Ghana, a lower-middle-income country, was the first country to sign a Global Fund grant in late 2002. The Global Fund considers Ghana as one of the 20 high "impact countries" worldwide that

In response, Ghana is making robust commits to increase its domestic investments in health. Working with the Global Fund partnership, Ghana has distributed almost 29 million mosquito nets, and lowered the death rate among children under five due to malaria from 14% in 2000 to less than 1% in 2012. The country has registered a 43% decrease of new HIV infections since 2010, and increased coverage of prevention of mother-to-child transmission coverage from 32% to 81%. Over 96,000 new tuberculosis cases have been detected and treated.

Until December 2017, the Global Fund has invested in Ghana as follows:

In 2015, Ghana signed grants amounting to 254 million USD that are made up as follows: 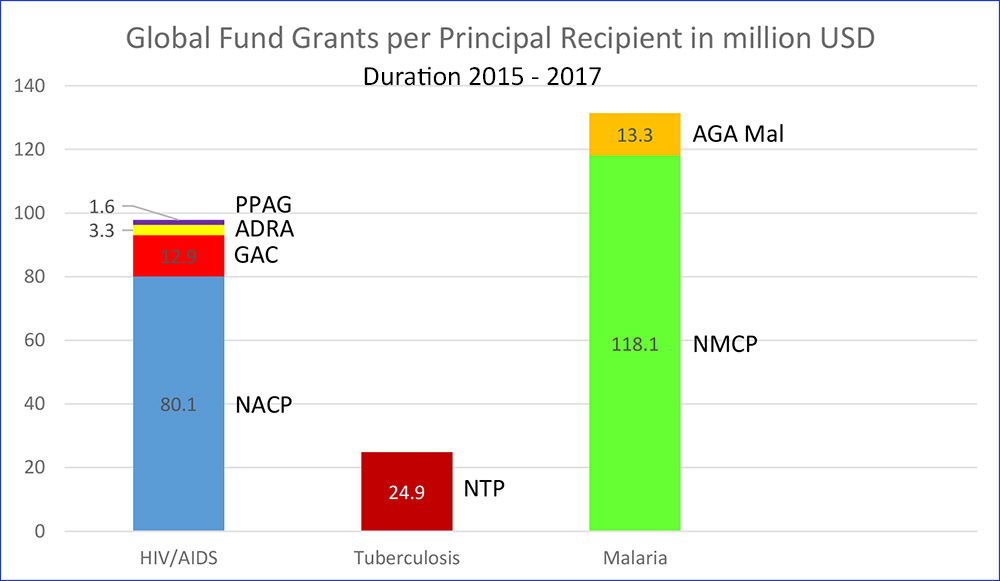 These funds have been used as follows: