ADRA Ghana has been implementing HIV and AIDS interventions for the past 29 years. HIV related activities started as early as 1987 with an HIV/AIDS prevention program targeted at long distance truck drivers, female porters, traders and cart pushers with funding from Swedish International Development Cooperation Agency (SIDA).

In the following years, ADRA built up a reputation for effective HIV/AIDS prevention programs and attracted funding from a number of organizations, including UNFPA, UNDP, USAID, and Ghana AIDS Commission. Thereby, ADRA Ghana collaborated with various target groups, such as religious leaders, master craftsmen, hairdressers, barbers, tailors and dressmakers, mechanics as well as with people living with HIV/AIDS (PLHIV) and orphans and vulnerable children.

For its achievements, ADRA Ghana received an Excellence Award in HIV/AIDS from ECOWAS in 2005.

In 2009, ADRA Ghana was nominated as one of the Principal Recipients of the Global Fund and continues to serve as such to date. During the first phase, ADRA Ghana trained in collaboration with seven Sub Recipients (SRs) 150 community based organizations (617 facilitators) to conduct HIV stigma reduction activities among targeted groups. 170 PLHIV were trained as Models of Hope (MoHope) in Central and Eastern regions. These MoHope are still offering services in hospitals at Koforidua, Cape Coast, etc.

ADRA, between January 2010 and June 2015, has managed HIV and AIDS grants worth US$ 5,349,163.36 and has steadily improved its performance over the period. For this reason, ADRA was again nominated as a Principal Recipient of the Global Fund under the New Funding Model. 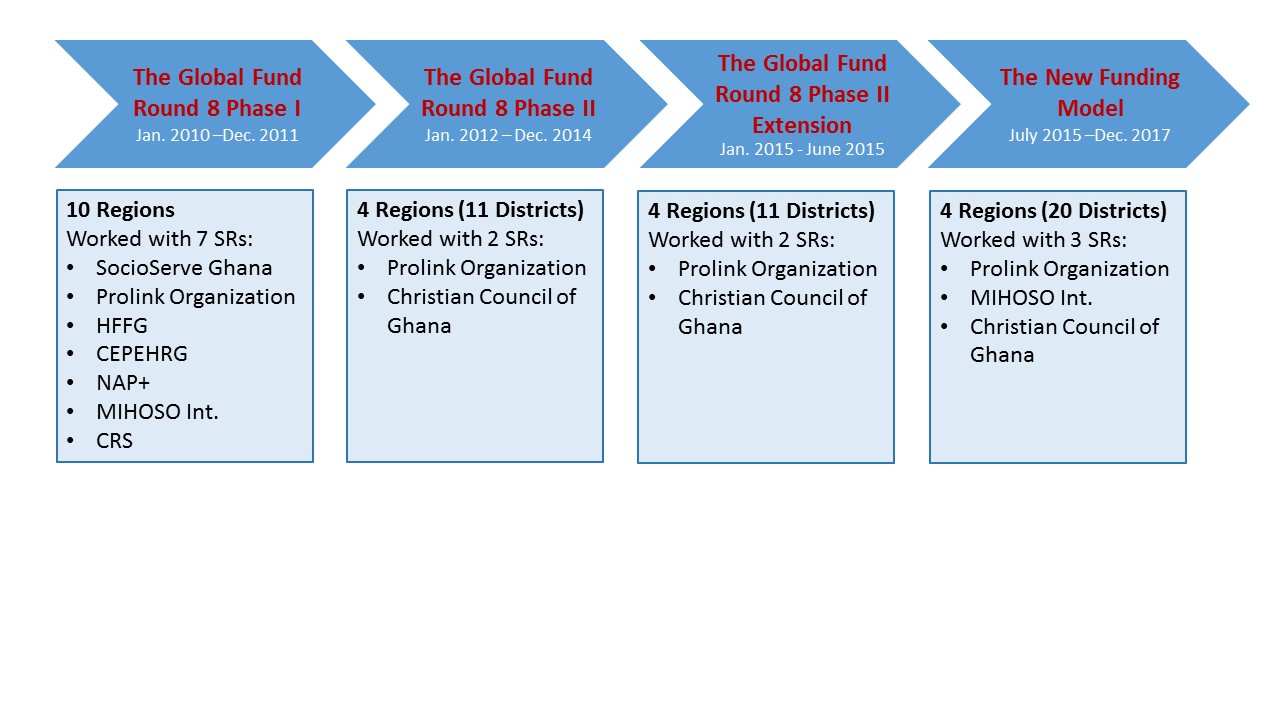